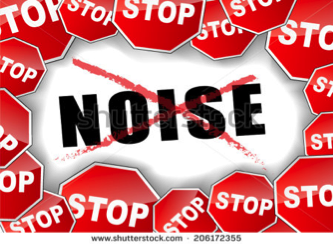 We didn’t turn it on, but we can’t turn it off, off, off
Sometimes I wonder how did we get here
It seems like all we ever hear is – Noise
~Kenny Chesney

Lately, there’s been a growing amount of anger, disillusionment, and Straight-Outta-Compton need for attention across the social galaxy. Lines being drawn, lines being crossed, lines being blurred and the silence or screams that have followed have been too easy to track – I mean, if you wanted to spend hours each day involved in this “social sleuthing”. Many of us looked at what was going on like the car wreck on the side of the road, slowing down to rubberneck at the carnage. Our collective minds have been overwhelmed by the Comments, with the unfounded accusations, and the downright malicious behavior.

Folks, the time is now for an industry-wide wake-up call. YES, we contribute to the stench just like everyone, but we try to provide something positive, something we see as having value. Whether others believe we do, or how this “value” is perceived, is going to be up to the reader’s interpretation.

Words are supremely powerful and when used poorly, can emotionally hurt even the most hardened of people. Here is the thing: it’s not necessary nor productive to let your Id run wild on social media when the Super Ego knows there are better ways to make your point. You are not a Captain of anything when seated by a computer espousing some drivel or spewing hatred. There’s no positive outcome for ever joining the Contagion Crew, taking sides, and verbally ganging up on others – just as there’s no reason for fomenting a fight because you get a rise out of watching people froth at the mouth.

There is a laundry room in your house or down the street. We, as in the majority of people online, are not interested in your laundry, dirty or clean. How many of you remember high school? We do, and while it wasn’t awful, it was full of things we were glad to leave behind. Backstabbing, cliques, and gossiping were part of many a social circle back then before there was anything as intimidating as social media. We all went our ways and thank goodness there weren’t going to be any more cool kids.

Except, apparently, there still are those that don’t agree. 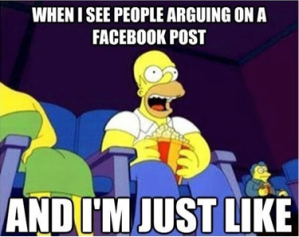 We see it coming back, rearing its ugly head in the professional world, and to say it’s a shock to the system is an understatement. And it’s marked deviation from the drama back in the day.

Back then, if you had an issue with someone, the confrontation had to be handled face-to-face. If you needed to avoid the drama, hiding out in your house was an option. Most importantly, you weren’t sharing this spectacle with 1100 of your closest – cue hand air quotes – friends.

Social Media has decisively changed the game as it relates to how people handle drama in their personal and professional lives. When you lump in the fact that those two lines are blurred within these relationships that are created as a result of social media, it compounds things. Sadly, this type of relationship development is commonplace in recruiting.

Think of all the conferences that aren’t weird to go to now, because you’ve been interacting with ‘Sally’ who recruits for ACME for two years, and now you’re meeting at a {insert conference here} for the first time in real life. Many of us have developed the relationships that we have because we find commonality with colleagues on both levels. We suspect this is not unique to the recruiting industry, but hey, you write about what you know. What this means is that within our industry the family tree runs in both directions – often with less than pleasing results.

Handling your business with someone used to take some cojonés. Nowadays, it takes nothing to throw jabs through your WordPress site or to add a dash of snark to your posts on Facebook and Twitter. And because the Ego is a fickle fellow, many of these barbs will be served back and forth at breakneck speed and reckless abandon without regard for the people caught in the crossfire – which amounts to all of us bearing digital witness to this. Remember kids, what you say online stays online and as Levy espouses, will follow you to the grave.

For sure, there will be the clogging of News Feeds, and the endless string of comments on Facebook (especially since the posts will be strategically placed in groups where it will get eyeballs of varying temperaments, with responses ranging from meh to unbridled outrage). However beyond the digital shooting gallery, there are the conflicts between colleagues as humans and friends. Are people expected to choose to side with one person or the other? Are you on Team Sally or Team John? Aren’t these conundrums we left in the dust with Cavriccis and Scunciis? (sorry two of us grew up on Long Island, an Area-51-like testing ground for horrible fashion trends). We’re supposed to be older and wiser, or so the legends tell us. But yet, we as seasoned professionals are still mired in immature discourse. Heaven help us if there’s something about Social Media that inherently pushes our EQ back to our early teenage years…

We collectively struggle with the impetus for all of this (besides the ever-present Ego and it’s new social behavior known as humblebragging), and how it has become so pervasive. Don’t we all want to see each other succeed? Whether you are in on Team Recruiting, Team Branding, Team Content or Team HRTech, don’t we all stand to gain from the success of others in our industry? Even if you aren’t a fangirl of the work that person is doing, if it’s not inherently destructive to the profession, then live and let live. This goes out to the people who feel they need to “out” the haters, as well. Seriously folks we have enough people in the world who hate us – there’s no need to add to the already deafening noise.

Look, we all work 40-60 hours a week; many of us have families that include kids. Add in all the other peripheral daily nonsense, and it takes up a lot of our time. And we haven’t even included the amount of time spent at social recruiting events. Sometimes this is at a conference, and sometimes it’s justWednesday. Where in the world do people find time to squeeze in extracurricular drama into their lives that eviscerates others? We shouldn’t have any spare time for this shit.

If you don’t believe that the vast majority of people in our field want to see all of us succeed, then maybe you need to check out #HROS – where sharing is caring is the message that is both preached and practiced. 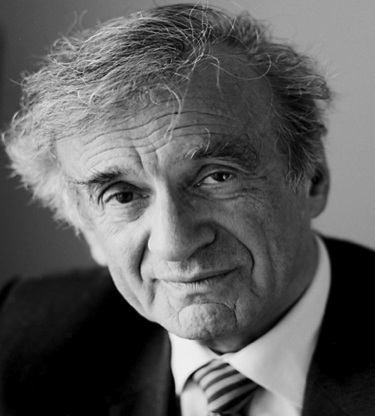 Elie Wiesel spent his adult life trying to understand how human beings could be so horrible towards other people. He died this past weekend at the age of 87.

Wiesel was a Holocaust survivor whose post-concentration camp raison d’être was talking about his experiences as a then 15-year-old. With his passing comes a very simple declarative statement: Someone – or many – needs to take his place in seeking to understand why humans treat other humans so poorly because for certain, we haven’t progressed as far as we should.

While social media has its benefits, in reality for most it merely serves as a bully pulpit to exacerbate the nastiness and the worst that human beings can throw at each other. Trolls used to be mythical creatures and fairy tales; now they are educated professionals whose purpose in life appears to be foisting misery on others. Case in point with anti-Semite Max Blumenthal taking to Twitter to demonize Elie Wiesel after his death: 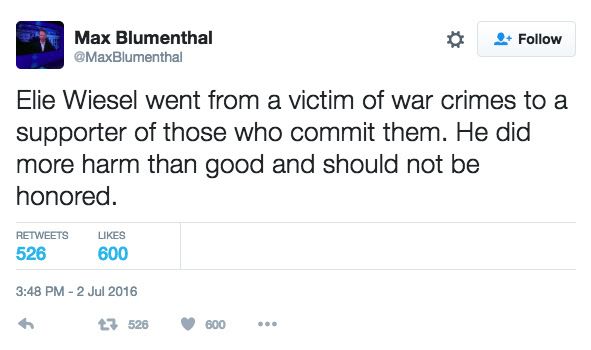 We say it is time to STOP the #noise. We have been spoken to via IM, Twitter, the book of Face, hell even on LI, and it is madness. People are wounded, hurt, and ashamed that friends are doing this, yet they are silent. We three are not, and believe us, we did not want to write this, but we felt that we had to.

What we are saying is take a moment to breathe.

Remember the Carpenter’s Maxim of Measure Twice, Cut Once before posting to social platforms.

Words can do more damage to a person’s soul than any beating that could be laid down and the scars can last a lifetime. For all involved…